The year 2020 has already begun, and we have some new competition making its way in. Both Disney and Apple’s new streaming service made their appearance back in November.

Contents
Different Options Max The Throne The Future of Streaming

Having another streaming platform can be a bit overwhelming. But offering more choices, at affordable prices is a pretty good deal. Both Apple and Disney charge less than $10 a month, That alone definitely put pressure on Netflix, making a statement to the world they won’t be the only major streaming platform anymore.

Warnermedia’s HBO Max conference shocked the crowd when they announce they will be releasing their own streaming service in spring 2020. It looks like we are closer than we know, with the hit sit-com TV show “F​ .R.I.E.N.D.S​” was removed from Netflix on new year’s eve. Warner Media has exclusive rights to the show now. After signing a 5-year deal for all ‘236’ episodes which was worth about $425 million dollars.

The Future of Streaming

So many different platforms to choose from, there’s no right or wrong answer. It all depends on which platform fits your Entertainment needs. Watch this video by iTzTane and PlayMaker212 discussing which streaming platform is better. 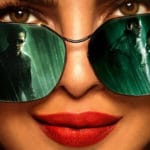